Subsequently, Mr. He Bingxiang, vice president of China Knitting Industry Association, president of Foshan Nanhai Yanbu Underwear Industry Association and chairman of Aolynong Underwear Group Co., Ltd. delivered a speech. He said that at present, no matter from the government, industry associations, major media, and underwear market are passing a voice: the rise of real economy, the rise of real enterprises, the return of physical stores, will become a mainstream. 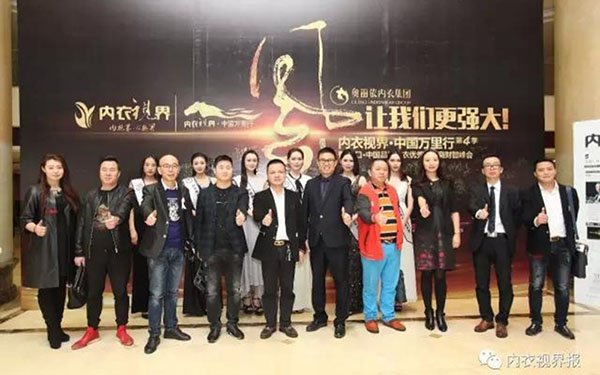 Only the entities can prosper the state. This is a strong awareness of the government. In particular, in recent years, the state attaches great importance to environmental protection and will begin to regulate the upstream industry chain. The sound development of the upstream industry chain will form strong ties with underwear enterprises Of the interaction, but also make the entire underwear market slowly into the healthy development track, those who follow the trend of speculation, no strength of the enterprise, will be accelerated out. Underwear enterprises at this level of purification, will bring the entire underwear industry, such as the decontamination of dealers, so that the market expansion. For those who do practical products, design and service to do the strength of enterprises, there is a greater chance of development. 2017, underwear vision to the whole media mode of operation, strengthen the China Miles and Wisdom Summit feature plate upgrade. With the fashion elite supermodel contest, pink ribbon love China line public good combination, even more to the summit to a new height. In recent years, underwear vision to promote the development of the underwear market is spared no effort to pragmatic spirit, to understand the laws of the development of the underwear market, understand the business status of underwear stores, enterprises, industries, distributors, platforms, To convey the value of brand information, so that underwear dealers learn advanced management mode, the spread of positive energy for the healthy development of the market has been shouting, to build a platform for communication, exchange, learning, so that brands, distributors, market seamless docking , Eventually forming a multi-win-win situation.

In 2017, we sincerely unite and work together to make our contribution to the healthy development of the underwear industry and strive for a better tomorrow for the real economy.